Hello Spanish language community! I have always been troubled by some seemingly weird usage of "se le".

The scenario: the boss and the owner of a barber shop are trying to hire someone. They have just one candidate, but he demands too high a wage. So the owner and the boss are arguing about whether to hire him:

I looked up in the dictionary which tells me that "contratar" is mostly used as a transitive verb. So I try to determine first what the usage of "se" is in here:

And as for the "le", is it an instance of "leismo"? I mean "se lo contrata..." would sound correct to most Spanish speakers?

Any help is appreciated! I wonder which usage that "se" is, and whether "le" is "leismo" in action here.

Another related question: Why is it that in impersonal constructions, "se" almost acts like a grammatical subject? From Diccionario Oxford, it has an entry like this:

se los acusa de subversión - they are accused of subversion

"they" is translated from "los". And if I am allowed to do something blasphemous to linguistics, "se" in its impersonal usage seems to act like a subject pronoun (in English, "one")! "One accused them of subversion" But "se" is an objective pronoun, be it a reflexive pronoun or indirect object. So now the questions is, what is the grammatical subject if you are forced to add one in impersonal constructions like(from Diccionario Oxford): "(What subject here?) se castigará a los culpables"/"those responsible will be punished"?

Thank you so much for any help!!!

P.S. there is a screenshot from the scene if it helps you understand the scenario: 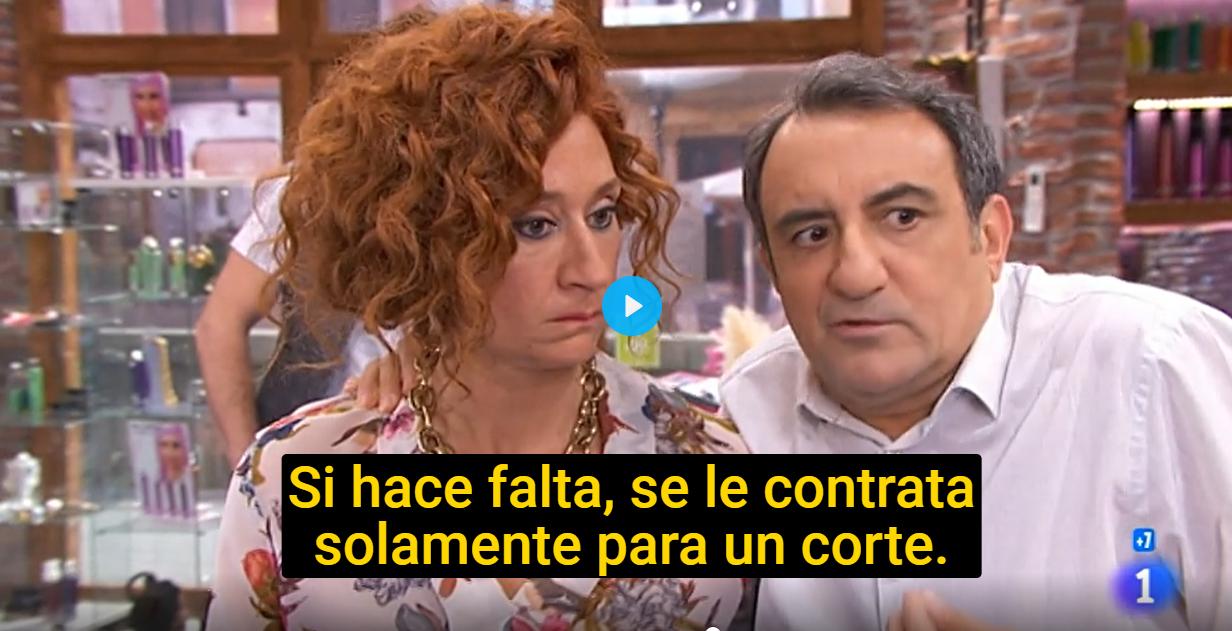 is an impersonal verb phrase showing "leísmo" ("lo"/"la" should be used instead of "le" because, as you rightly point out, "contratar" is transitive).

As can be read here, this is a case of impersonal "se" because there is no subject (for a passive to exist, there needs to be a subject):

In the case at issue, we have:

so it is the second case, that of an impersonal sentence.

Assuming it's a male employee they are hiring, the dialogue should be as follows:

Yes, 3. Impersonal se. 'Contrata' is in the 3rd-person singular form. I think that 'se le contrata' is a dialectal form that express command, just do what I say, just do as I'm saying. That's it. I'm the owner so yes, 'he'll be hired'. It is being assumed as a fact and he/she won't take no for an answer.

They are accused of subversion by him/her/them/you.

In this case the subject may be the court, the justice, or the judge himself:

Not the answer you're looking for? Browse other questions tagged pronombres or ask your own question.