For the year 1915 in my great-grandfathers Civil Guard records there are three entries.

Here is the second note (split over 2 pages):

Again, I find this find of handwriting on the difficult side to read. But I have managed to transcribe some of it I think. So far I have:

As always, thank you for your help with transcribing and translation.

In the answer it refers to the number 405. I think that is correct because the 5 is also quite ornate here at the top left of the page: 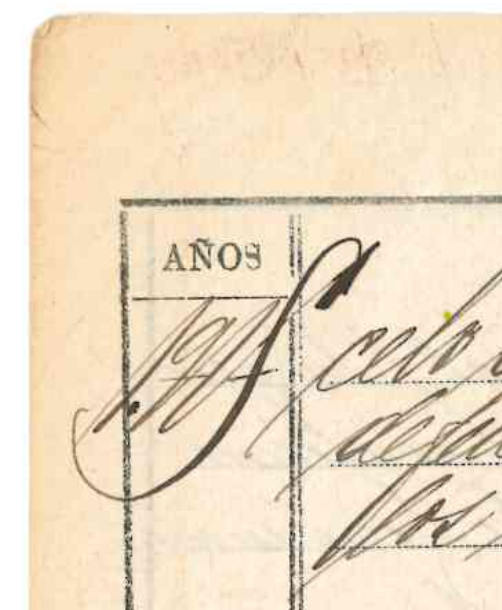 Of course, the number (405) may be wrong. The expression "plausible celo" sounds weird to me but, according to CORDE and BNE's Hemeroteca Digital, it seems to have been used in the past to commend someone's efforts or zeal.

In relation with the translation of plausible ...

According to the DLE

In English it would be

Origin Mid 16th century (also in the sense ‘deserving applause or approval’): from Latin plausibilis, from plaus- ‘applauded’, from the verb plaudere.

But it seems to have lost that sense nowadays.

Instead of outstanding (meaning: Exceptionally good), that would be translated as sobresaliente in Spanish, I think that laudable is a better choice in this case.

laudable
(of an action, idea, or aim) deserving praise and commendation.