I have an old carved coconut, with a Spanish phrase carved into it, which I think says:

Or at least, that is my guess at the phrase - you can see what is actually carved in the attached image.

Can anybody confirm what that means? I'm fairly sure of most of it, but I can't work out what the "devnlyr" (not pre-supposing spaces) might mean. 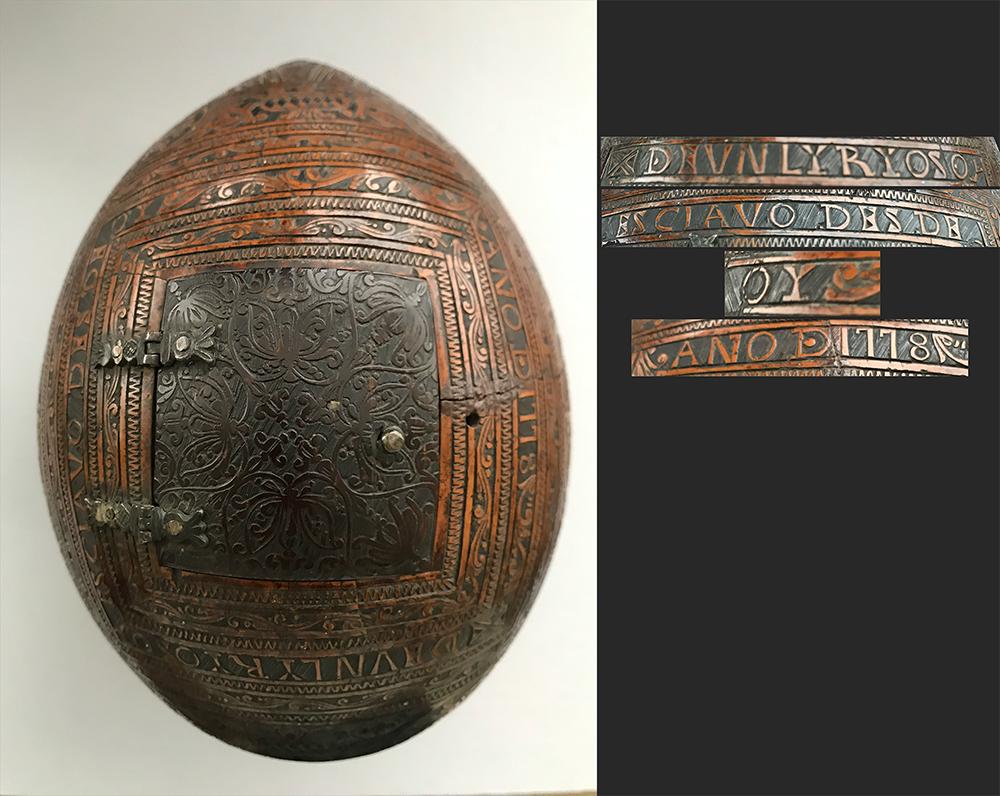 Given that the door of the coconut, as you noticed, seems to have flowers (probably lilies) carved into it, I'd suggest the following as the meaning of the inscription:

Or in modern Spanish:

The English translation (courtesy of Gustavson) would be:

I haven't found the word lyr or lir in any Spanish dictionary in the last five centuries. Hence I discarded the de un lyr yo soy option. Besides the yo would be redundant, I don't think the author would carve an unnecessary word into the coconut (too much effort wasted).

1
Phrase often used by waiters when the patron is leaving