Why is this symbol being used in Spanish language?

I saw this exclamatory sentence on the internet.

When I searched more, I found that all of the typed Spanish exclamatory sentences have this symbol.

Also, who was the first person that used it, and why? 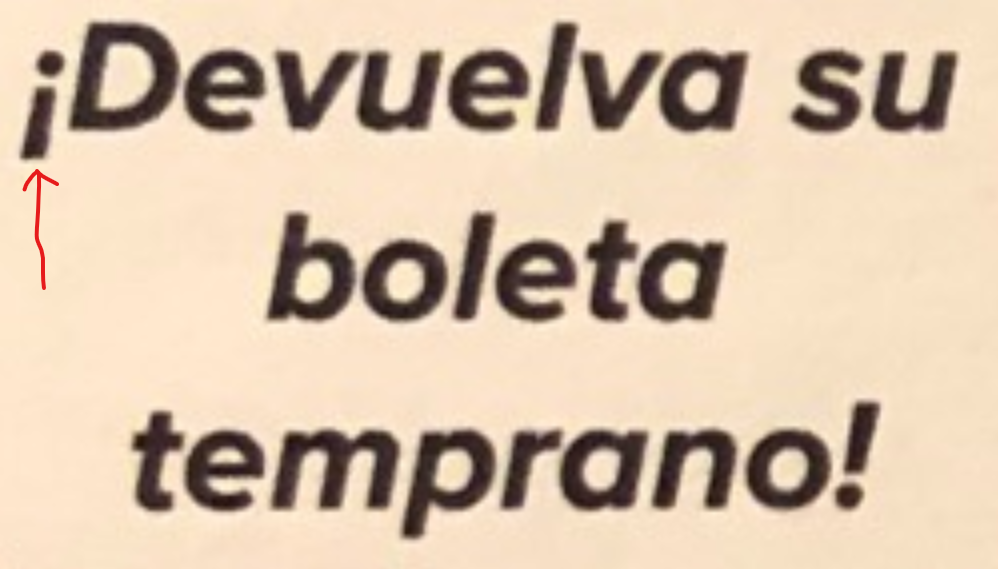 You are referring to the upside down exclamation point, or inverted exclamation mark "¡" a punctuation sign that in Spanish goes at the beginning of a sentence, paring its closing counterpart symbol "!" at the end.

It is important because (pronunciation-wise) sets the needed emphasis and tone of exclamation phrases (both for when read or spoken). Therefore, it is needed in the same sense that an opening inverted question symbol (¿) must appear before a question along with its closing mark (?), as those pairs allow to differentiate phrases otherwise grammatically similar.

See how the same three sentences acquire their informative, questioning or exclaiming forms only with them:

The opening exclamation sign was first seen during medieval times created by Latin typists; it is in use in the Spanish language (the only one that employs it) since the 18th century; and was first officially recomended by the Real Academia Española in its second edition of 1754.

Not the answer you're looking for? Browse other questions tagged símbolos or ask your own question.

20
What are the accent placement rules in Spanish?
23
What is the symbol "&" called in Spanish?
11
Are there any studies regarding the future viability of the inverted question mark (¿)?
2
How to read a heart? (¿Cómo se lee un símbolo de un corazón?)
4
Can exclamation and interrogation marks be used at the same time?