When writing subheadings in Spanish, is it natural to include articles and plurals?

In English, when writing single-word subheadings, it is normal to omit the article and use plurals unless the word is for a pluralized category.

The study of the past and all past events.

Musicians are people who plays a musical instrument or is musically talented.

Natural Disasters are a major adverse event resulting from natural processes of the Earth.

Do the same rules apply to Spanish? For example, in Spanish would the subheadings be as follows:

When I look these words up in SpanishDic, it lists them with articles and without plurals, so I am not sure if I should be following that format in subheadings. Is SpanishDict just doing that because it is providing dictionary definitions and not subheadings, or is the use of articles a rule in Spanish?

As can be seen in this sample inluded in APA standards, which are usually followed to write scientific articles, headings can take the definite article while subheadings usually don't: 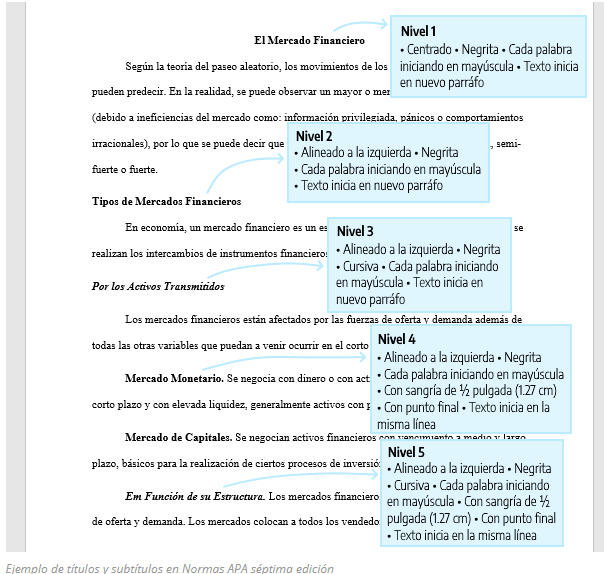 The definite article thus highlights the importance of the main title.

I don't think there are strict rules, and it all comes down to the style manual you are following. As a general rule, I'd recommend using the definite article in headings -- not in subheadings -- especially when the noun is followed by a prepositional phrase, for example: El mercado en la actualidad (The market at present) / El mercado de derivados (The derivatives market)

Not the answer you're looking for? Browse other questions tagged gramática artículos or ask your own question.