Why do "ci/ce" and "zi/ze" both represent the /θ/ sound ? What is the historical origin of this redundancy?

A good example is the verbs ending with -izar, such as tranquilizar. In the first person preterite singular, it becomes tranquilicé, whereas *tranquilizé would be pronounced the same.

Historically they did represent different sounds, but have since merged in Spanish: 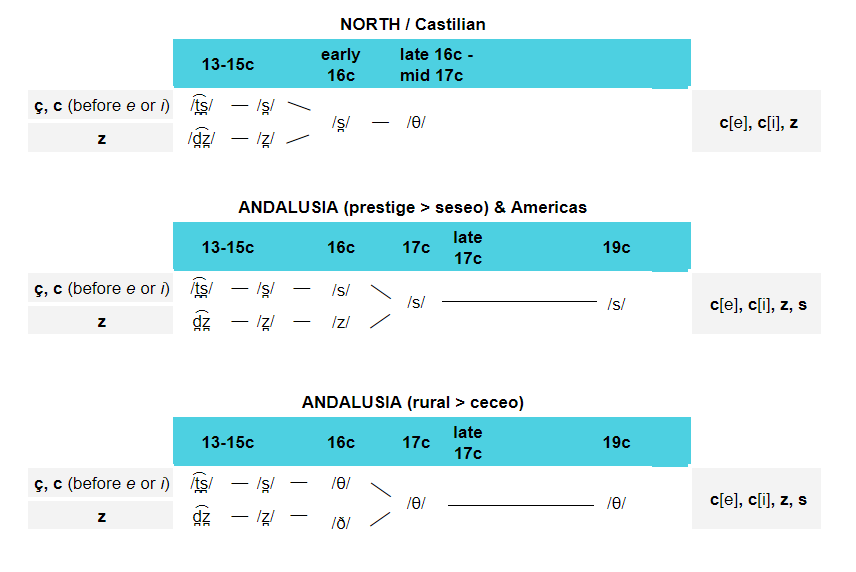 The usual orthography in modern Spanish for /θ/ is "c" before "e, i" and "z" elsewhere.

However, some words (mostly loans) contradict this for etymological reasons, having "ze, zi" sequences. Note that many of these have 'hispanicised' variants, e.g. zinc, cinc; zebra, cebra.

Not the answer you're looking for? Browse other questions tagged etimología historia ortografía lingüística ambigüedad or ask your own question.

23
Revisions of Spanish orthography / ¿Qué revisiones ha tenido la ortografía española?
16
Why does Latin America not “lisp” consonants, having learned its Spanish from Spain?
5
If certain words undergo a spelling change from "z" to "c" in order to preserve the soft sound of the "z," is there a "hard z" in Spanish?