What is the meaning of '¿Qué húbole?'?

I have heard the following dialogue in the Narcos TV series:

Context: Two co-workers meet by chance at the door of a brothel in which there is a crowd because several prostitutes have been murdered recently.

What does "¿qué húbole" mean in this context? Is it a Colombian specific greeting? Shouldn't the pronoun come before the verb, i.e. "¿Qué le hubo?" ? Does the pronoun "le" mean "to you" (formal form), i.e. between friends, people would use "¿Qué húbote?" instead ?

This appears to be a colloquial idiom meaning "What happened?" or "What's up?". In a couple of forum questions people mention it's rather common in Mexico and Venezuela. To me (from media exposure to Mexican Spanish) it sounds distinctly like something a Mexican would say. It's so common there, it seems, that it's often spelled as one word, quihúbole (if you search for "qué hubole" in Google, it actually suggests "quiubole"). 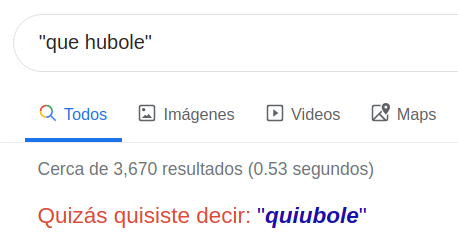 Without knowing this, I would've readily understood ¿Qué hubo? (exactly parallel to Portuguese "O que houve?"), even though such an idiom is not used in my dialect. But the added -le has no possible function there that I can imagine.

The most common way to write this used to be Quiúbole. Now with the text message dialect, we can also see kiúbole. (I won't be writing it that way -- but I want you to understand it if you come across that form.)

In Mexico it is a fun little fillip (ornament) to tack on a "le" at the end of this, that or the other, for example "¡Híjole!", which is more or less the same as "¡Caramba!" (Oh gosh! or even "Jesus H. Christ!". Here's another one: "¡Párale!" which means "Stop that!". (Normally, "le" would be an indirect third person singular object but in these expressions it does not provide meaning -- it's a decoration syllable, similar to sticking "mal" into the middle of many sentences in German.) One of the best ones is "Hórale," which can mean "Sure, fine, go ahead" or, more commonly, "Get going, man."

"Quiúbole" is thus "Quiubo + le", which is "¿Qué hubo?" plus the ornament for fun. It is a relaxed greeting between family or friends. It's a greeting to be given later in the day with someone you saw in the morning, or a friend you just saw yesterday or a few days ago. Like "Hey how's it going?" or "What's new?" or "What's the latest?".

Not the answer you're looking for? Browse other questions tagged diferencias-regionales definiciones colombia saludos or ask your own question.