What's the name of a chupachús when it is not a Chupa-chups?

Last Sunday I was negotiating a bribe to my oldest son so I could cut his fingernails. I offered a couple gummy beans but he said

I wasn't sure if we had the exact same thing he wanted or he was thinking of (which is often a problem with 5-year-olds) so I warned him that I seemed to remember we did have something, but maybe they were not piruletas and they were instead chupachús.

He didn't understand me, so I had to explain that the candy could be a ball, instead of a flat disc. I wasn't surprised he didn't understand, since he hasn't been exposed to the "Chupa-Chups" brand, which is a Spanish one.

Later, I checked the definitions in the dictionary:

So piruletas are flat discs. The definition has the "Esp." for "España", but I guess that in other countries where they are called "paletas" for example it is the same.

Now, for the other one we have

De Chupa Chups®, marca reg. (the etymology is important for this question!)

So that confirms that we call the "caramelo de forma esférica, con un palito" a chupachup (or any of its variants) due to a case of vulgarización de marca.

Interestingly, that entry in the dictionary doesn't say, like the one in piruleta, that the definition applies to Spain. I don't know if I should infer then that it applies to all the Spanish-speaking countries.

I know that there are other countries where the brand "Chupa-chups" is not known, but they have the same candy regardless.

My question is, what do you call the treat that consists in a ball of candy attached to a stick when you don't use the name of the brand? Are there other names for it in Spanish than any of the "chupachús" variants? Or is Chupachús (and its related variants) the only way to refere to this type of candy all across all Spanish-speaking countries? 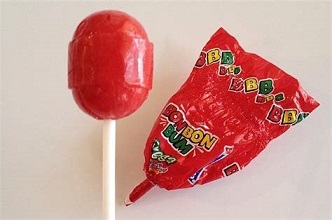 Not the answer you're looking for? Browse other questions tagged solicitud-de-término definiciones comida or ask your own question.