How does "Te vas a cansar" mean "You're going to get tired"?

Why does "Te vas a cansar" mean "You're going to get tired"? Irse means to leave, to go, to die, to go away and to forget. There is no translation which means "to become something" for instance, "to become tired".

Vas a + infinitive therefore means "You're going to" + whatever. And for cansarse, you have to employ a pronoun that refers back to the subject, in this case the second person singular pronoun te. Thus, vas a cansarte = "you're going to get tired". There are additional rules that say that, in this kind of structure, you can move the pronoun in certain ways; in particular, you can move it away from the back of the infinitive (vas a cansarte) and place it before the main verb (te vas a cansar). The pronoun is still bound to cansar, though. 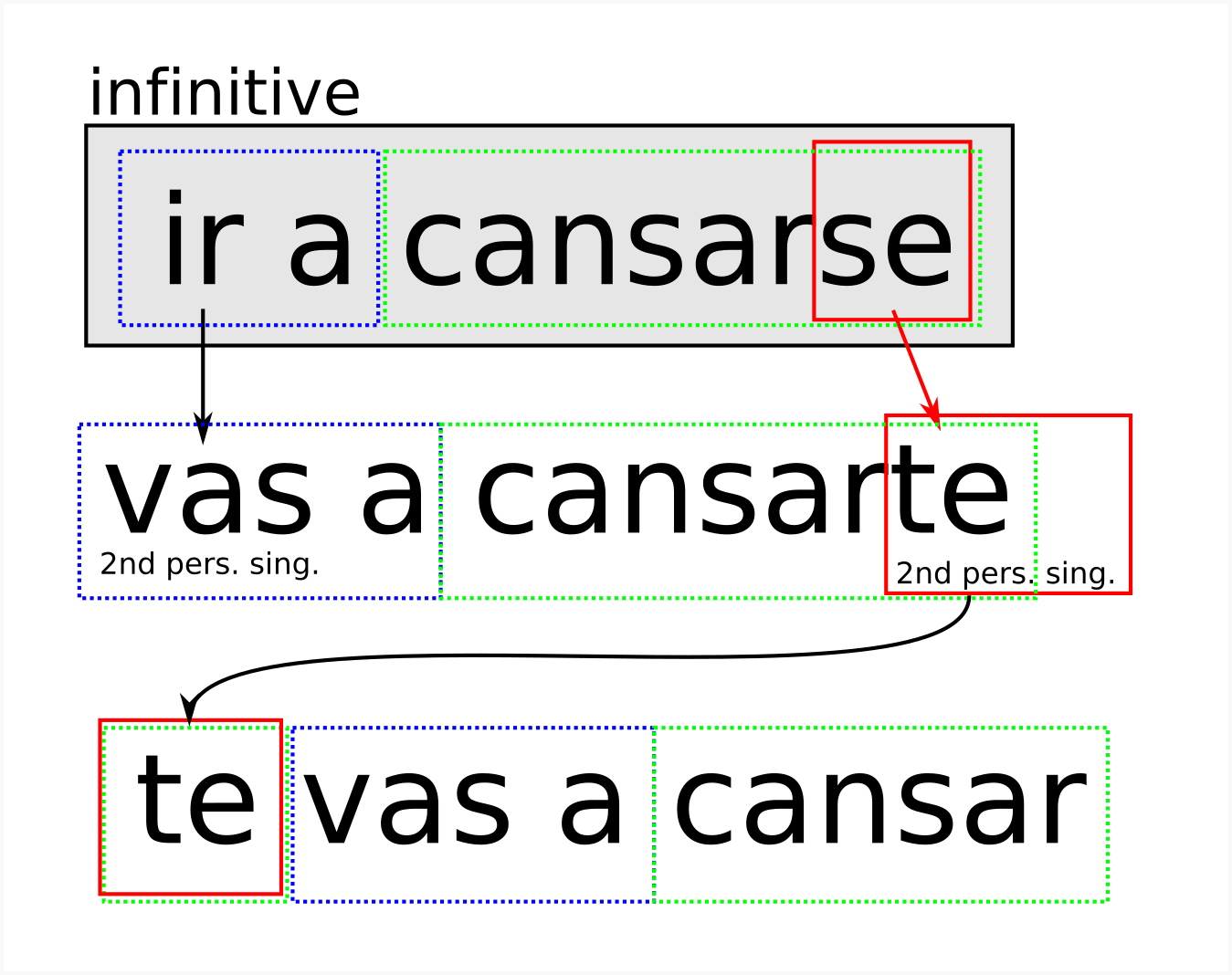 It's because the verb cansarse means "to get/become tired." The te is a part of cansarse and not a part of irse. Context tells you which verb the te corresponds to.

Equivalently, you could say Vas a cansarte.

There are small differences in languages like this, even for simple, basic phrases. For instance "Tengo sed" means literally "I have thirst"-- but nobody talks this way in English. English speakers say instead, "I am thirsty", meaning the exact same thing, so the phrase is translated to that, instead of literally.

Not the answer you're looking for? Browse other questions tagged uso-de-palabras verbos reflexivos verbo-pronominal subida-de-clíticos or ask your own question.

4
Can you use the present progressive as a sort of future tense?
1
Why are some verbs reflexive and non-reflexive?