Why do we say

Now, to your question. Indeed, te, se, and le are all personal pronouns. They're a special type of personal pronoun that we call pronómbres personales átonos. They can basically play two roles: as the verb complement (direct or indirect), or as the reflexive particle that you put before or after a verb.

Let's look at this useful table of pronómbres personales átonos: 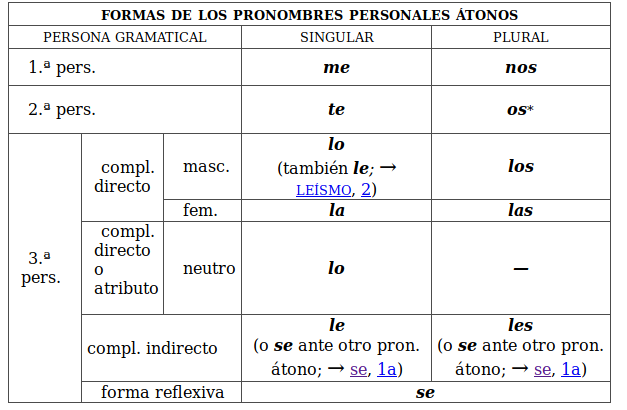 In the first set of sentences that you put as an example, le and te are being used as the indirect object:

In the second pair of examples, le and se are being used as reflexive particles of the verb preocuparse.

Not the answer you're looking for? Browse other questions tagged uso-de-palabras gramática vocabulario or ask your own question.

2
"Magia" vs "Mágico": What's the difference?
1
Using past tenses with specific verbs
2
Using se with the first person singular conjugation
0
How to use "es" in Spanish as a translation for "it's"
15
Is a mixture of exclamation mark and question mark accepted practice, or was it a typo?
2
¿Puedo usar "ando" o "iendo" con verbos otra que "estar"?
3
What is more conversational - "te lo digo" or "yo quiero decírtelo"?
2
"Lo" leading whatever that's not a noun?
1
Question regarding the use dative case with indirect object pronoun "le"
3
tenía vs tuvo o ha tenido with an example?