The name Costa Alta occurs on some early 16th c. maps of North America, like Waldseemüller's (first plate, fifth name from the top), and Schöner's. I understand this now means "high coast", as in mountaineous, and am wondering if there are any other possible interpretations? The only mountains on the coast are some way up in Canada, which is much further north than those maps seem to show.

Edit: the early maps, such as Cantino's (1502), Waldseemüller's (1516), and Schöner's (1520) end abruptly somewhere in the middle of the current U.S., and were presumably based on the early Spanish explorations starting in the Caribbean. But the name also occurs on later maps, like Vopel's (1540) that show the whole coast.

I understand this now means "high coast", as in mountaineous, and am wondering if there are any other possible interpretations?

Well, for a start it does not need to mean strictly mountainous; in Spanish costa alta is indeed used to mean a rocky coast with cliffs, but alta can also mean just "elevated" or "above" in comparison to some other place.
It doesn't even need to be a geological elevation: compare Rías Altas and Rías Bajas here in Spain, where altas and bajas just mean northern and southern (kind of).
It can also mean "closer to the source of a water course", like in vega alta and vega baja (e.g. Vega Alta and Vega Baja in Puerto Rico, or Vega Alta / Media / Baja del Segura here in Spain).

It could be that segment of coast was originally more elevated above sea level, or named in reference to southern parts of the coast, or closer to some now-disappeared river.
Or it may just be a transcription error from "Costa Alba" as suggested in Pablo's answer, which seems quite plausible to me.

I've been doing a quick reading up on this subject, and I seem to have discovered the problem. The name Costa Alta is indeed found in both maps, but the region where this toponym appears is not the mid-eastern coast of the United States: it appears to be Florida! The latitudes indicated in Waldseemüller's map are not to be trusted with regards to North America (Schöner's doesn't show latitudes). 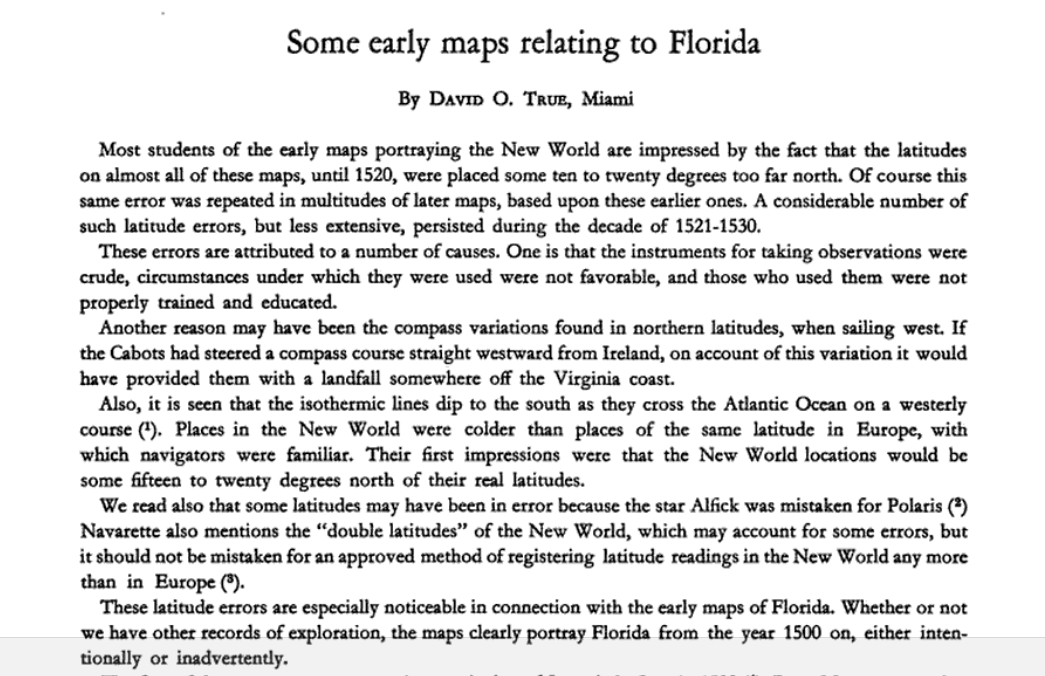 The Cantino map (1502), to which both of these owe a lot, has been shown to read Costa Alva instead of Costa Alta in a non-retouched copy. Alvo/a, modern Spanish albo/a, means "white", which would be consistent with the white sands of the Florida keys. In Waldseemüller's map there's a Río de los largactos (sic) where Cantino has Largartos, a Portuguese old form for lagartos ("lizards"), meaning crocodiles, i.e. alligators, as found in Florida but not further north.

Some people appear to claim that W. and S., following Cantino, mistakenly labelled the North American coast with toponymics given by the Spaniards to Cuba. Others think it might be Yucatán.

This is already far beyond the point of the question, but as you see, one can only speculate. Costa Alta could be anywhere or it could be a mistake that stuck.

Not the answer you're looking for? Browse other questions tagged historia adjetivos nombres-propios or ask your own question.