How is "layout and design" translated into Spanish?

Anyone with a background in journalism or some similar field will have been introduced to the phrase "layout and design," a phrase I am having difficulty finding a good, solid, standard Spanish translation for.

How is this phrase typically translated by experts in the field? Bonus points for anyone who can also recommend a good glossary or dictionary of terms used in the field of publishing.

I was asked to provide more context or specific examples. To be honest, I didn't really have any in mind. I just kind of wanted a general, basic, standard translation for the phrase "layout and design." I suppose if I were to provide examples of what I had in mind, these would suffice:

"an updated layout and design"

"... the layout and design is better than the writing."
— "CN publishes its own history book," Cherokee Phoenix

"... the layout and design may look slightly different on other operating systems."
— "How to restore the old Google Chrome design," ghacks.net

Clearly, I was referring to publishing of some sort and not, for example, the "layout and design" of a home or building.

Things have changed a lot since I first learned of the phrase "layout and design." My initial exposure to it came from this book here ... 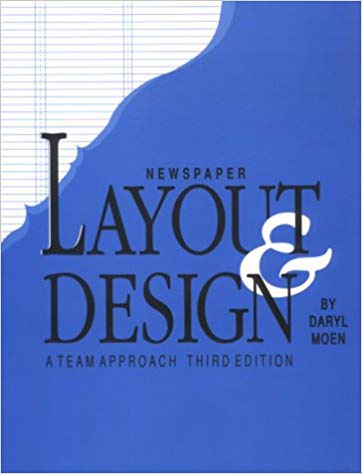 Though I couldn't find a bookseller that allowed a preview of this book, you can purchase it via Amazon and the link to it is here.

… but when I first drafted this question, I don't think I necessarily had newspaper layout and design in mind. During the past couple of decades the concept of "layout and design" for newspapers has really kind of become synonymous with the layout and design of a web page, a medium upon which so many "newspapers" are now found. In English, we use the same phrase for both. We also use this same phrase — layout and design — for houses and buildings. Is this true of Spanish, too? Or does the terminology used depend on the setting (e.g., print publishing, websites, construction, …)?

I'm a Graphic Designer specializing in Web Design and Development.

Maquetación y Diseño is correct, mostly when using it in an editorial context. But be aware that, at least in Mexico, the word Maquetación is a synonym for Front-End Development and in some cases it may not be made by the same person.

By the way, Layout is actually used in Spanish, and it can be used either to mean wire-frame, or a complete design proposal, just before the developer does any coding (you can check the meaning at this link). So "Diseño de layouts para Web" is possible to use in this context.

I am going to shamelessly answer my own question, even though I have no intention of awarding myself the green check mark. I've decided to do this simply because I have some things to add that might be helpful to someone learning Spanish, and I suppose I'm concerned that simply adding some of it to a comment here and a comment there won't give the information I want to share the visibility that it would get if I just consolidated my comments in an answer.

Let me first start by giving a little more background on the initial question I posted. Earlier this week, I got to wondering about some of the jargon used in publishing, namely the phrase "layout and design." It's such a common phrase in English that I didn't think I'd have much trouble finding a translation of it in Spanish, but I soon discovered that it was a bit more complicated than just typing in the phrase at WordReference, Tureng, or Collins.

Needless to say, it left me wanting something better because shortening this to "diseño y diseño" seemed just a bit redundant and short on meaning. I suppose I didn't necessarily need to shorten these phrases, but I sensed that there was another word or phrase used for this concept. So, I posted my question here and have read through answers posted through December 12, 2018. After doing so, I've come across four words that I want to devote just a wee bit more attention to:

The Spanish Royal Academy provides this definition of it:

The verb "maquetar" means to:

You may find it sometimes spelled as "maquetear."

The verb "maquetar" comes from "maqueta" (model or demo), which was borrowed from the Italian macchietta, a word that can mean, among other things, "sketch" (little drawing).

I took the time to explore this word a bit and after doing so, it appears that this word can be used to mean "layout and design" or just "layout." From what I observed, it is a word often used to describe the layout of a page whether printed or electronic. If you see it used in the same sentence with "diseño," it is probably just referring to a page's layout. To give you an example, below is the title of a book I found:

It also has a very specific meaning in the field of information technology. Please see LudovicoN's excellent answer for more details on that.

Again, I'll start off with a Royal Spanish Academy definition:

And "diagramar" is defined as:

If you go to the Wikipedia page suggested by Charlie, whose answer is very good and worth reading, you will learn that "diagramación" redirects to Spanish Wikipedia's page for "maquetación" where it informs the reader that "maquetación" is sometimes used for "diagramación." This Google Ngram

seems to indicate that as well, but when referring to newspapers and books, specifically, it appears that there may be a slight preference for "maquetación." And when talking about the layout of a page, specifically, "maquetación" seems to be far more preferred over "diagramación" (like 500 times more common). It shouldn't be surprising, then, that the Spanish Wikipedia page for "maquetación" has been translated as "page layout" for English Wikipedia. Oddly enough, there seems to be more of a preference for "diagramación" rather than "maquetación" when referring to magazines.

Definition #9 of the Royal Spanish Academy's entry for "disposición" seems to have the closest association with what is being discussed in this thread:

This doesn't seem too far distant from the meaning of "layout and design," but "disposición" is a word with a lot of different meanings and looks as if it is used for things other than the layout of something intended for publishing.

I wouldn't necessarily say that "diseño" is a word with a lot of different meanings, but it is a less specific word than some of the others mentioned. That said, definition #3 of the entry for "diseño" provided by the Royal Spanish Academy appears to be the best match for what is discussed in this thread:

However, because this word is so much broader in meaning and can apply to so many different types of things, I would likely only use it if I were speaking in very general terms and probably wouldn't use it unless I wanted to say, specifically, "layout and design," in which case, after looking at all of the suggestions in this thread here, I'd go with LudovicoN's suggestion — maquetación y diseño. If I needed to just refer to the layout, not the design, I'd opt for either "maquetación" or "diagramación."

Not the answer you're looking for? Browse other questions tagged traducción vocabulario-técnico recursos or ask your own question.

6
What is the difference between "tirada" and "difusión" and can you use "circulación" or "distribución" for either or both?
2
Do Spanish surgeons shout “¡Al ataque!” before they begin an operation?
4
How is "on fleek" translated into Spanish?
9
How is “talk past each other” translated into Spanish?
2
What is "juego de las formas"?
2
What is a "zamposta"?
5
If someone needs to learn how to say "Don't touch" using the formal command, which should be used: "No se toca", or "No se toque"?
0
Is the Spanish present tense ever (correctly) translated into English as simple past tense?
7
How do you say "build it up too much" in Spanish?
4
Does "No, si me parece una idea estupenda" make sense in Spanish?