I'm pretty sure that there's a fancy word for heel click in Spanish that I can't remember.

(I'm referring to the gesture of joy that's done by performing an aerial click of both heels, just in case you're wondering. If you cannot visualise how it's like, just search for images on your favourite engine.)

I've spent a long time searching and the best I've been able to find is "taconeo" and "taconazo", which aren't THE word (as soon as I see it, I'll recognise it).

Any help will be appreciated because I've come to a dead end. 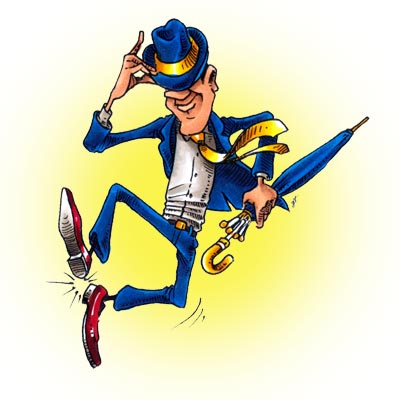 It was zapateta (which is quite a funny word, by the way):

As always, your mileage may vary. Although Zapateta is common in Spain, the definition I read you post, is more akin to a kid kicking and screaming as in throwing a fit

What you describe in your question would be better understood as talonazo which is a kind of military/martial move.

It is strongly associated with fascist regimes, though!

https://youtu.be/KD-BNCyJb7Y (check the honor guard relieving shift at 2:25. This is 1980s Santiago de Chile although one could easily assume its a scene from 1920s Germany, complete with Stahlhelms and Hugo-boss inspired uniforms.

It is a decidedly elegant, but not a popular move throughout Spanish speaking countries: its a reminder of the Spanish civil war, or the South American military dictatorships.

Is this the "boot click" you are referring to?

Not the answer you're looking for? Browse other questions tagged traducción vocabulario solicitud-de-término sustantivos palabras-raras or ask your own question.