Can the term "agua potable" not mean "drinkable water"?

After hearing many sources (news reports, articles, everyday conversations, etc.) use the term "agua potable" when they really just mean "tap water that you still can't drink" I told someone to look up "agua potable" in the dictionary. And lo and behold.. it has become so common to call any type of running water in certain parts of South America "agua potable" that the RAE itself has a second definition of the term which just means that it's water that is acceptable or "pasable". Several native speakers in Lima, Peru confirm that such descriptions as "pasable" and "aceptable" do not to them denote that the water is drinkable, just that they can bathe with it which fits their understanding of "agua potable" as well. So I guess the term actually is accurate.

For me this was an eye opener. In English potable definitely always means "drinkable" and it seems to have come from the latin "potare" where it meant to drink as well. The "pasable" definition also mentions that it's colloquial. I guess my point is that initially at least it seems that they kept repeating inaccurate information calling water potable because that's what other countries had. Perhaps eventually it became so common to use the term this way that even the RAE then amended the definition to match the new reality with the consequence that now one cannot depend on the term meaning anything about the drinkability of the water (possibly dangerous in translation situations).

I am kind of just guessing here with this last theory, so my question is: Is there more to this story or am I misunderstanding what this term has traditionally meant in South America?

As an aside, is there any way to tell when the RAE may have added to or altered their definition of a given word / term?

Update: Just wanted to add a piece of the SEDAPAL bill (Servicio de Agua Potable y Alcantarillado de Lima). First of all, "agua potable" is part of their name, and second, what they charge you for (tap water, shower water, etc, not bottled water) is clearly called "agua potable": https://imgur.com/a/F9oVy

So for Peru we can clearly see why tap water is known as "potable water". So now just ask someone from Peru if you can drink straight tap water. They will overwhelmingly say that that would not be a good idea. A SEDAPAL employee doing an inspection also told me no, trying to discuss the meaning of the term "potable water" with him went nowhere.

In many parts of Mexico, water as it flows through the municipal water mains is often referred to by the government as "agua potable", but people do not generally take this to mean that the municipal water is safe to drink as is. (There may be some specific urban areas where water treatment has reached reliable sanitary levels, but I personally have never lived in one of these areas.)

So what terminology can one use instead to talk about safe drinking water in Mexico?

I can't answer your question in terms of all South America, but it definitely seems to be regional. I'm from Dominican Republic and I've only ever heard of "agua potable" with the meaning that it's drinkable.

"Agua potable" is indeed drinkable water. Take into account that the second meaning that you see in the diccionary is a coloquialism.

In contrast with the other meaning ("Que se puede beber" meaning, "that can be drunk; that it is safe to drink") the second one means "is OK"

The article that you provide basically says that the tap water, which should be drinkable, is very crappy and low quality, but still was expected to be drinkable (and safe).

Indeed, "agua potable" refers to "drinkable", not just "tap water or running water". It seems that more and more places are actually having really serious problems related to the access to drinkable water.

This might depend on region, probably more due to different availability of water than to cultural or linguistic reasons. For practical purposes, tap water is always safe in Spain, so some distinctions that might be useful in other places aren't useful there. 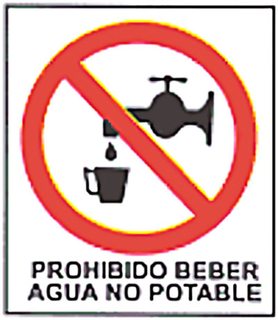 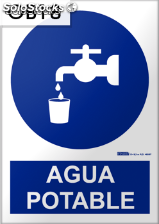 Furthermore, nowadays some springs are labelled as "agua no tratada" o "agua sin garantía sanitaria", meaning that nobody guarantees that it's safe, although there isn't a particular reason to suspect it isn't - so, drink it at your own risk.

Just an opinion: I think that generally, in any Spanish speaking country, we use the expression "agua potable" to denote the "drinkable water", but maybe at some rural areas where some people could not fully understand the term "potable" they take it as applied to any running spring where you can drink from whether it is treated water or not.

The word potable comes from the Latin potabĭlis, which means "it can be drank". But in my understanding, potable water might not be safe drinking water. I mean potable water is not treated water. Which can cause problems to some people, I think this is what the different meanings refer to. For example when I go trekking I found a lot of potable water sources, but they are not totally safe to drink if you have a weak stomach.

Not the answer you're looking for? Browse other questions tagged diferencias-regionales significado hispanoamérica perú or ask your own question.

17
What does the slang "cerote" mean?
12
What does the word "pinche" mean?
2
Is "chándal" a commonly used term in Mexico and the rest of Latin America?
13
¿Qué significa "como agua para chocolate"?
0
"Cómo quieres ser..." vs. "Por qué quieres ser": Can both mean, "How come you want to be?"
1
Referring to adult entertainment for gentlemen in different regions / Cómo referirse al entretenimiento para caballeros adultos en distintas regiones?
6
Is brass translated as "bronce" or "latón"?
1
Is the term "sambayón" accepted everywhere?
12
What could be a good translation for go-getter?
1
How neatly does the English-language use of the term(s) "America(n\s)" cross over into Latin American Spanish?