Are there regions or dialects which use both "tú" and "vos"?

In my experience most places use either "tú" or "vos" for the second person singular intimate/informal pronoun.

But I haven't been to every Spanish speaking country and area. Are there places which use both? And if so how does the usage differ?

There is. I grew up in a city in Colombia called Cali. There we have the "Valluno" accent. We widely use vos and tu in almost the same proportion not exclusively as in other "Voseo" countries and it is used in the entire Valle del Cauca region.

There are other countries where it is used such as Bolivia and Chile. In the case of Bolivia it is used in Santa Cruz, Beni, Pando and Tarija.

In Ecuador it is sometimes used, but I lived 7 years there and can attest that voseo use is fairly rare.

Below I let you for further reading and a nice geographical map with the regions that use it and those that do not. As well as those that use both!

Here is the map with the regions where both are used (shown in light blue and normal blue. Dark blue is where vos is predominant)

You can see according to the map that both are used in central America, Chile, a region in Colombia (Valle del Cauca, Antioquia, Eje cafetero) and a region of Ecuador (Esmeraldas) 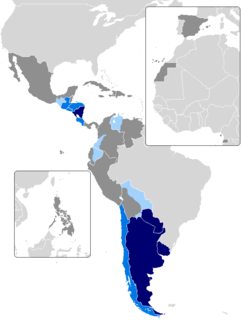 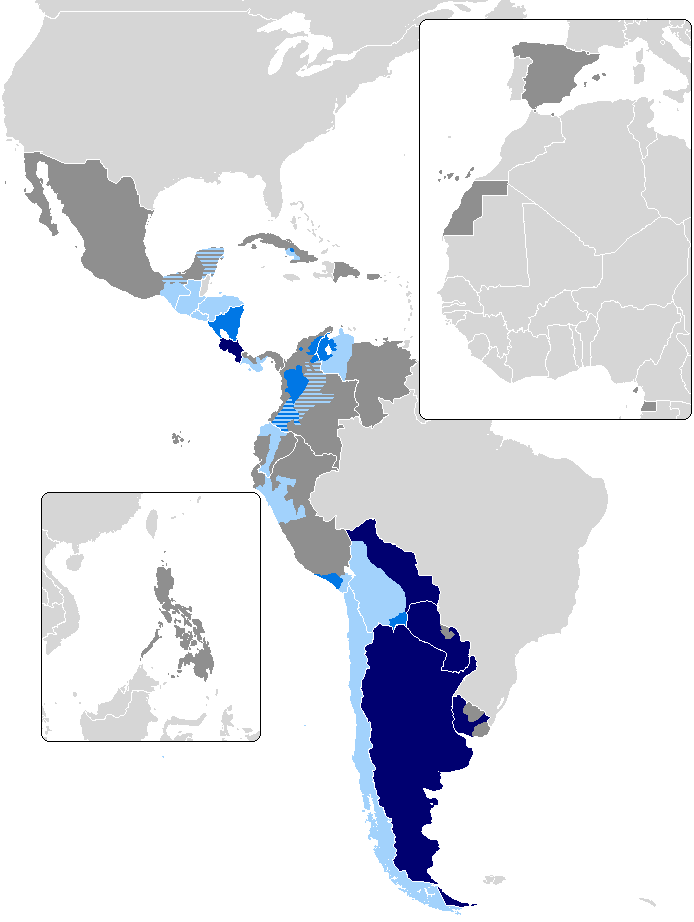 Not the answer you're looking for? Browse other questions tagged voseo pronombres diferencias-regionales or ask your own question.

32
'Vos' vs 'tú' usage by country
8
Convention for group-recited, gender-specific, self-referencing pronouns
7
How is the second person singular formed with rioplatense "vos"?
3
"Quiero comprarlo" vs "Lo quiero comprar"
3
"los dos de usted" or "los dos de ustedes": Which one is correct?
3
Is this sentence grammatically correct? "te deseo todo la suerte en el mundo"
4
¿Cómo conjugo verbos con el pronombre indefinido "One"?
1
How do you use Alguno and its other forms correctly?
4
What Direct/Indirect Object Pronoun Is Used With Vos (Colombia)?
5
Is there a grammatical difference between tú and vos?