What's the difference between 'marrón' and 'castaño'?

What's the difference between 'marrón' and 'castaño'? Both seem to mean 'brown' (the color). Are they the same thing? Or do they have distinct differences?

In Spain we use castaño only to refer to a brownish hair colour (see 3rd meaning in the DRAE: dicho de una persona: que tiene el pelo de un color similar al de la cáscara de la castaña), and marrón for everything else.

The word castaño (as a colour) also appears in some expressions such as esto pasa de castaño oscuro.

In Latin America, the usual meaning is that of color "brown",

However in a technical setting, such as photography or professional printing, they may refer to different shades of brown, while "marrón" has a connotation of being a lighter shade of brown. (Pantone 18-1415 Marrón, and Pantone 19-1118 Chestnut) are the standard hues. 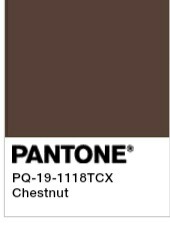 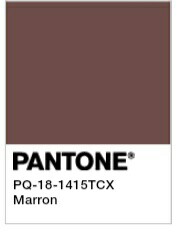 In common speech, castaño is used for hair color, or hair dyes, much like "brunette" is used in English instead of brown. Spanish being so rich in vocabulary, has "Bruna" for referring to a woman of brown hair, but "Bruno" is actually a popular male proper name.

while "marrón" is more frequently used to describe colors in almost everything else.

It's when referring to materials in architecture or landscaping, you will find that "marrón" is often used instead of brown, as in "la casa de puertas color marrón y ventanas rojas"

It's one of those subjective things like: difference between purple and violet... Technically (in the printing business for example) there are several parameters that establish that this is purple, this is violet (the components of green, red and blue in the color, for example) but out in the streets a common person could use these two colors almost interchangeable.

In the case of marrón and castaño: for ME, castaño is brownish. Marrón is brown, but almost getting to the red part of the spectrum. But that is in my head. For others it could be different I guess.

"Castaño" is derived from the word "castaña" (chesnut), while "marrón" is a Spanish form of the French "marron" (chestnut). "Castaño" and "marrón" both refer to brown. There seems to be a consistent use of "castaño" in hair dye packaging, but there is nothing odd about using "marrón" for brown hair color, as in "me teñi el pelo de marrón".

5
Translations of brown: 'café' or 'marrón'?