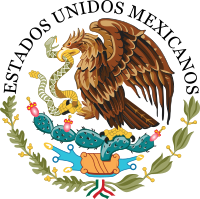 2
Mejico or Mexico?
45
Why is the "x" in "México" or "Texas" pronounced as the letter "j"?
6
México vs Méjico in pronunciation throughout history and countries

7
What are the official names of the letters "b" and "v"?
16
Words for "East" and "West" in Spanish?
11
Spanish abbreviation for the United States of America
10
Quotation mark usage in Spanish
2
What is the best way to refer to those of Spanish descent or language?
9
Is "la sétima" a correct word?
9
How do you introduce yourself on the phone?
3
In México how would a runner say "fartlek", "side-cramp", "long slow distance run", and cross country running?
4
U.R.S.S. or U.R.R.S.S.S. correct acronym
6
México vs Méjico in pronunciation throughout history and countries