I have encountered one problem in my Rosetta Stone program, which is expressed in the following image: 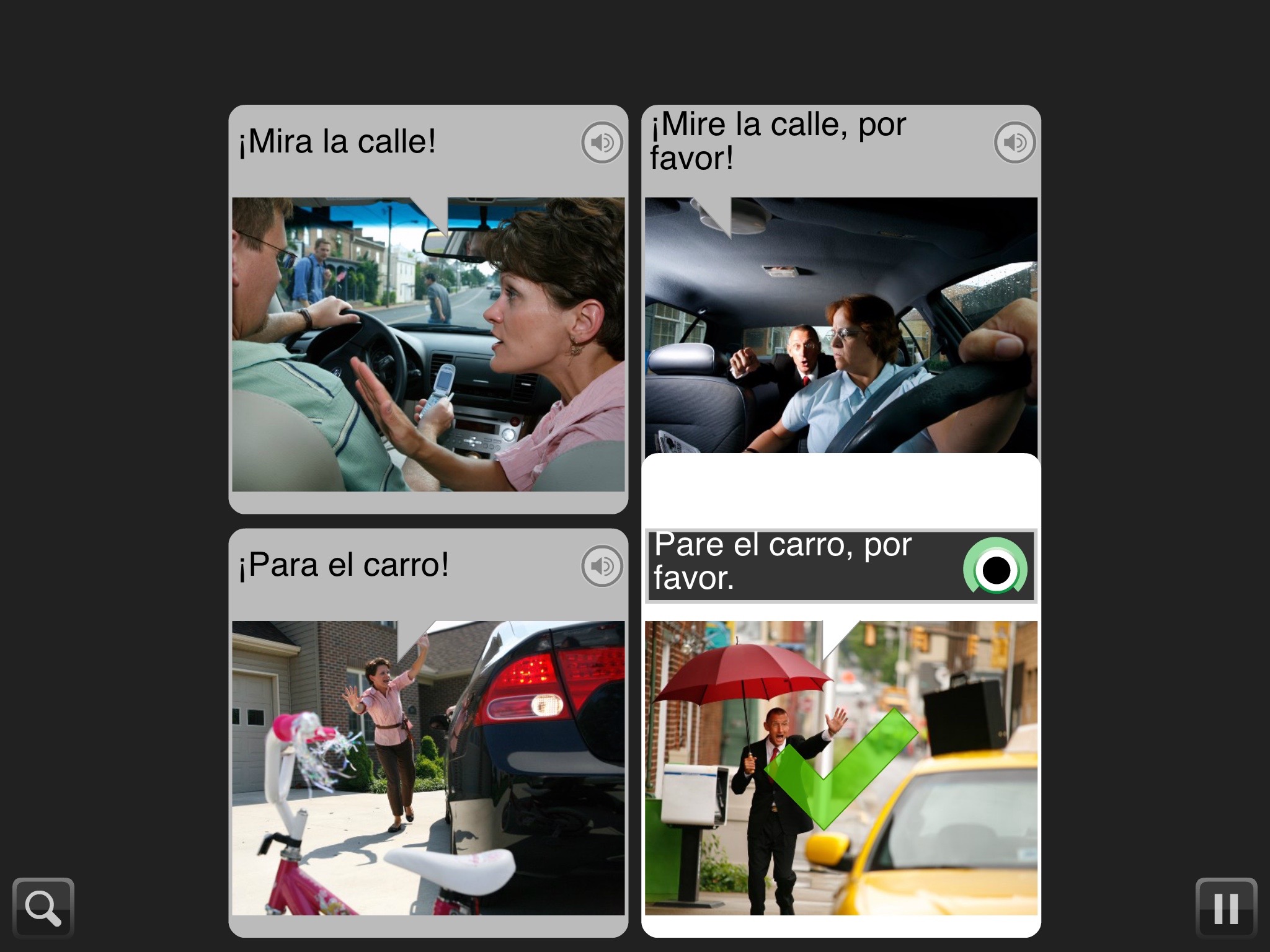 Two images on the left use indicative present, while the two on the right both use subjunctive present to order something.

Why do these two sets of examples use different mood, even though both want to express the same thing (I think)?

And if I want to order something, should I use indicative or subjunctive present? What makes one distinct from the the other?

No, not indicative nor subjunctive.

If you give an order or a request, the verb is conjugated in the imperative. The problem is that in the second person singular, the imperative has two forms depending on formality of the context

¡Para, por favor!: you're talking to someone familiarly, without differences of rank or age. For example with your wife, your friends or colleagues in a relaxed atmosphere. [Tú debes parar]

¡Pare, por favor!: you're talking to someone with greater distance, usually with different rank, age or unknown people. For example with your boss, your father in law, a salesman or colleagues in structured situations. [Usted debe parar]

The limit of formality varies greatly from country to country.

A clarification: the image apparently mean that the expression "por favor" (please) is used only with the formal standard. This is wrong. It is a way of kindness, you can use either with "tú" and "usted".

The previous answer is correct, but it should also be noted that the expressed or implied USTED on the right-hand expressions "¡MIRE!" or "¡PARE!" and other similar ones, is conjugated in the THIRD person, not the second. The second plural/formal "vosotros" is quite used in Spain but nearly nonexistent in Latin America.

Not the answer you're looking for? Browse other questions tagged subjuntivo indicativa or ask your own question.